Sundays at Tiffany's by James Patterson 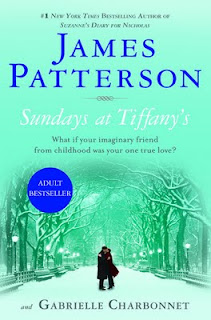 image source
The plot: Jane has a very dominating mother who was divorced from her father. And as she was always ignored by her mother, she has an imaginary friend named Michael. The title refers to their weekly trip at Tiffany's to look at diamonds. But before the visit to Tiffany's, they would always eat this sundae and Jane and Michael would play this game where they would look at people at invent stories about them. During Jane's 9th birthday, Michael disappeared in her life because how the imaginary friend business works. Jane was not supposed to remember about Michael after that but she never forgot. Fast forward to when she was in her 30-something, she was working for her mother but she was a successful producer of a play about her childhood imaginary friend. Jane is kind and her mom is still pushy. Her boyfriend treats her like dirt. And then Michael came back to her life. They fell in love but were not sure what will happen because Michael is an imaginary friend. Michael thought he was there because Jane was dying, only to realize that it was Vivian, Jane's mother who would die. And then he became human and they had 2 kids.

The book had it moments, but while reading this, all I could think about was the movie City of Angels. I cant escape the comparison between Seth and Michael. And I think that City of Angels is better maybe because I saw it first. If I have read of this book before I saw the movie, I may have thought the book is better.

Is that a useful review or what? But judging from the way that I picked up the book at 9pm and was done by 11pm, it was a good read.
No comments: 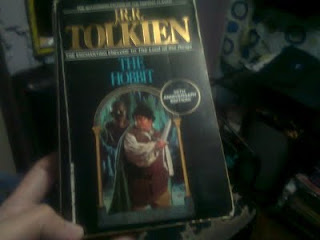 I wanted to have a tattoo for some time now and I finally decided that I will get literary tattoo on my wrist. And I am thinking which one to get: this I am infinite quote from Perks of Being A Wallflower or 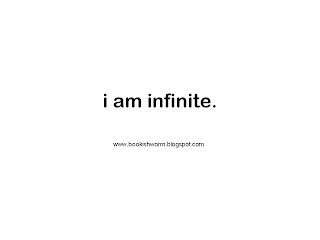 this quote from Harry Potter. 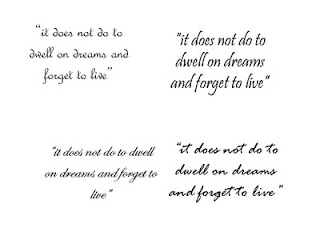 What do you think? Which one do I get?

Where Can I Sell Old Books? 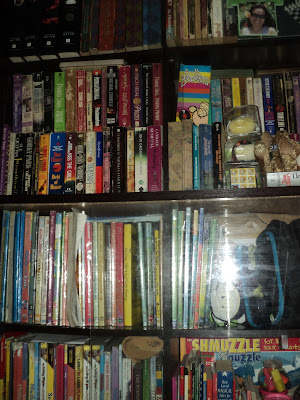 There are books in my cabinet that I want to dispose of because I am running out of space and I am wondering where I might sell them. They are mostly old romance novels that I got from friends, or some that I buy from book sale and then never got around to finishing them because they are too bad. I was asking my husband's nephew who is a youth representative here in our place if they are planning on having a book drive because if they plan to put it in our local library then I am okay to just give it all away. I would think it will fill up a big box and free up my bookcase by as much as half! Since my bookcase also has the kid's school books, I really need to create some space. I even have a box full of box at the office that I cant bring home due to lack of space. I am also open to trade my books so if any of you out there can help me dispose them, please let me know.
No comments:

Look what I found at a booksale in Robinsons Galleria: The Hobbit by JRR Tolkien! I have a soft copy of the book but there is nothing like the feel of a real book when reading. It was very serendipitous because this book is on my 11 books in 2011 list and I wasnt very inclined to read it on my laptop. 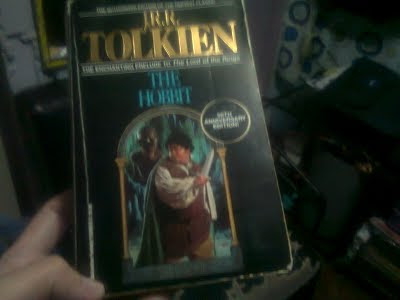 I hope to be able to read this soon and share a review. Unfortunately, I have two books on my shelf right now. One is How to Make an American Quilt and Blood or Chocolate. Picking these books depend on my mood so I am not sure when I will finish them. But I guess I will get to it soon.