If I Stay and Where She Went by Gayle Forman

So I have a copy of the movie If I Stay, but since they always disappoint me big-time, I tried looking for the book first. And boy, was I surprised! It was very well-written, and so very touching.  I couldn't put down the book, even during my MBA class.  I was crying in some parts, thankfully not during class.  And I felt so bereft when I finished the book. 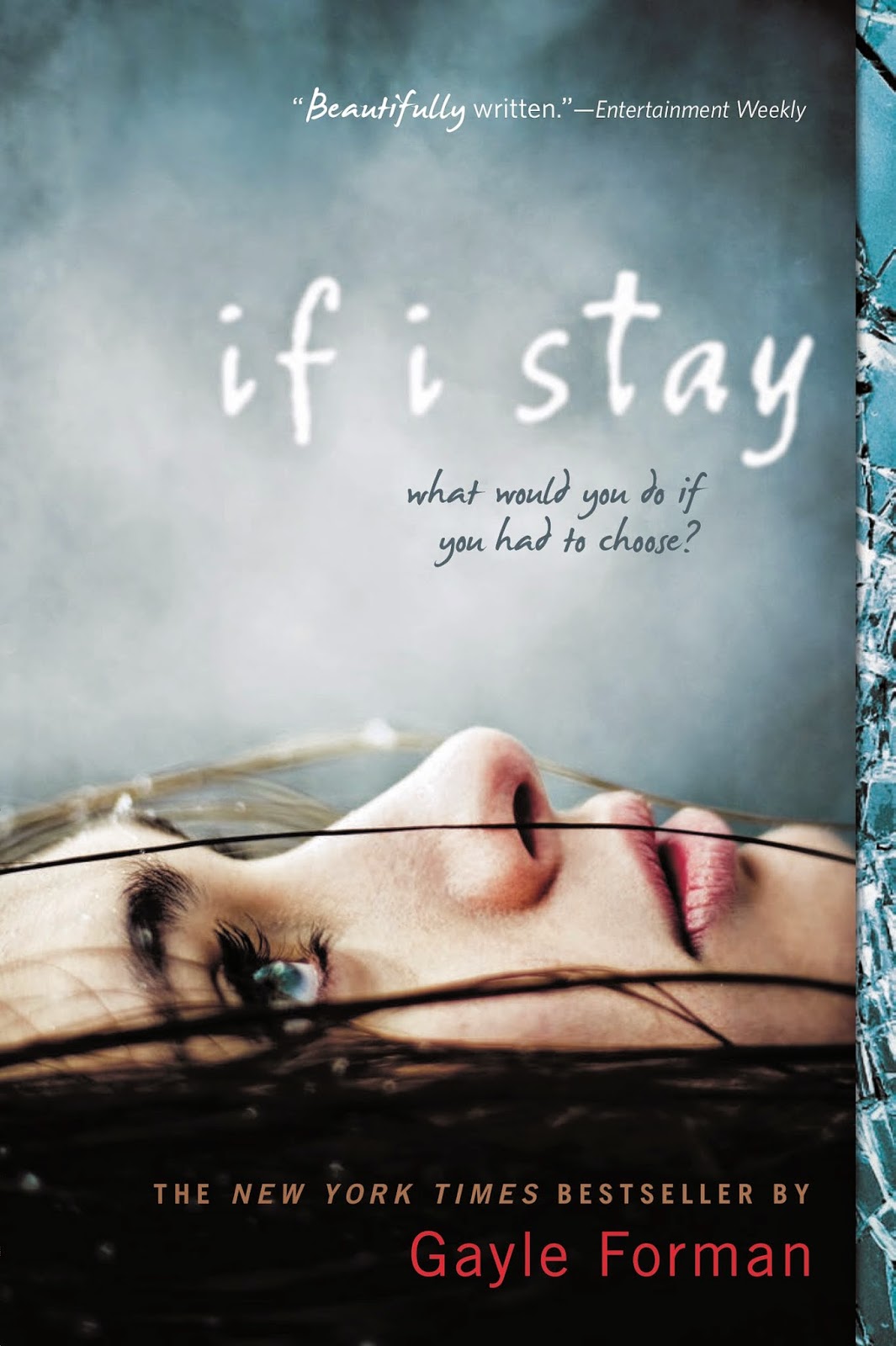 Then while I was waiting for my next class, I saw Where She Went and started reading.  I didn't know that it was a sequel, and when I read it, I felt that same tug in my heart for Mia and Adam. Oh my God, I love these books and I might just read it again. 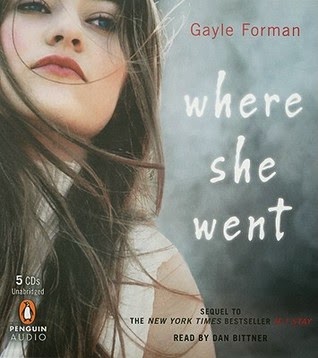 Sorry, that really is not much of a review, but hey, I am gushing here so it must be good. And the movie? It was okay, but I loved the book maybe 10x more.

Labels: Gayle Forman, If I Stay, Where She Went 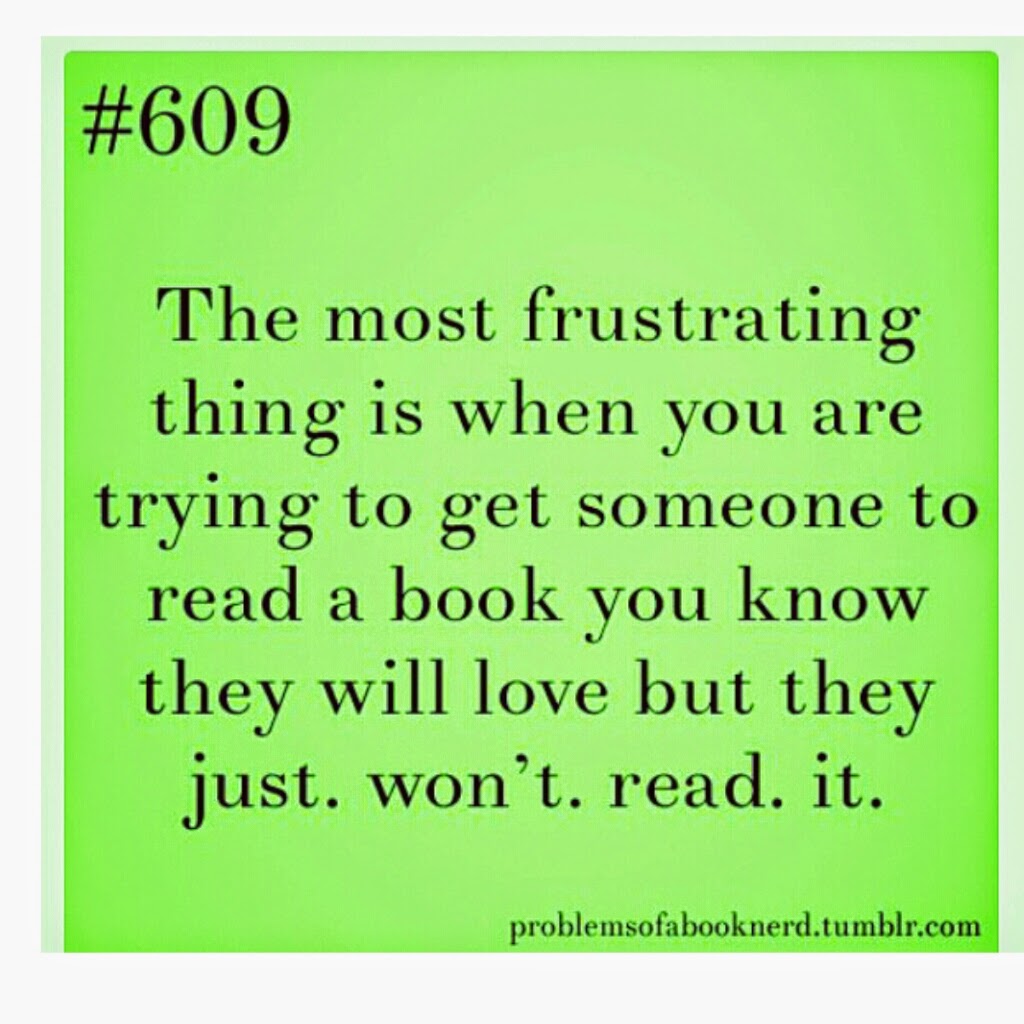 Oh, don't I know this? I even bribe my kids with fastfood just to make them read and they still refuse? What kind of punishment is it not to see one of your kids picking up a book! Horrible, that's what it is!
1 comment:

I Have a Phobia!

To Kill a Mockingbird 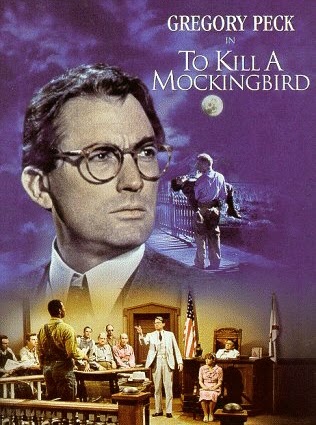 image source
I just finished watching a 1962 movie of the book, " To Kill a Mockingbird. "  The movie adaptation was true to the book, and the actor who played Atticus Finch was exactly as I imagined him.  Jem and Scout and Dill are just as I see them in my mind.  And I am happy that I was able to watch it because I loved the innocence of childhood, and the moral of the story.

And did you know that I was inspired to create a blog after following Tequila Mockingbird? It is also my wish to have my blog published someday, but it is just a dream at this time.
No comments:

If only it was as enjoyable to read school books as it is to read fiction then I would ace all my classes, hahahah! I am taking classes on Strategic Management, Corporate Social Responsibility and Philippine Business Environment and the reference books are just too tedious to read, hahaha.  It just feels wrong to curl up in a reading corner hugging a Strama book.  Not as good as it feels when you are off to an adventure with Harry, Ron and Hermione or being all riled up with Jane Austen or bewildered like Frodo or angry like Jon Snow. It just ain't right, hahahah!
No comments: 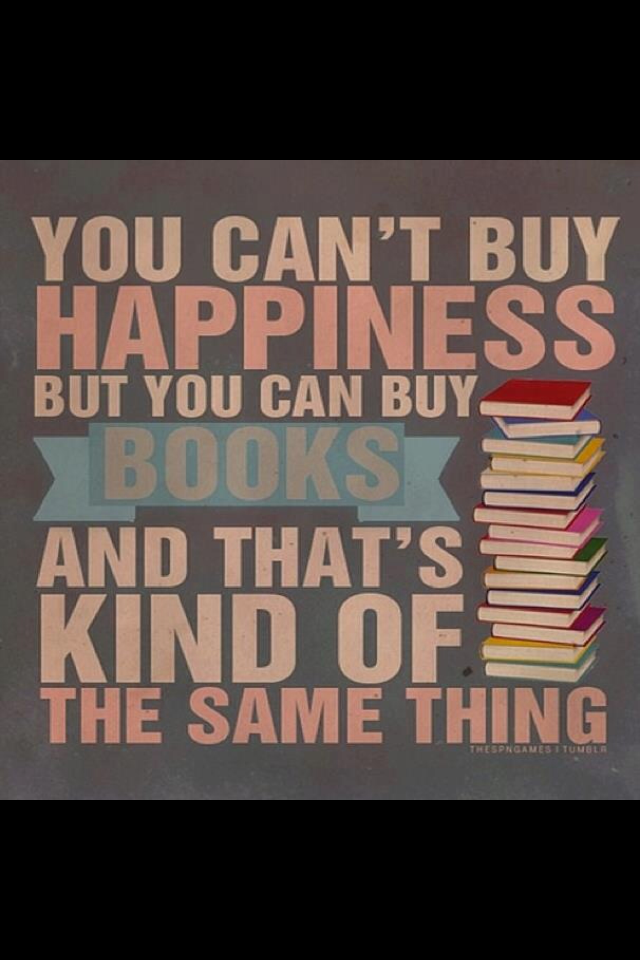 Last night, we watched the showing of the Disney movie, Malificent starring The Angelina Jolie. Yes, she deserves her own article. The movie was so magnificent, I already forgotten why Maleficent could ever be the bad guy all along! Of course, she has her reasons and of course, I would be as mad as her too.

Okay, spoiler alert: We know how Maleficent cursed Aurora that she will prick her fingers on a spinning wheel and she will die. In the story, it was the last of the other three fairies who changed it from death to a deep sleep. But in the movie, King Stefan begged her and so Maleficent made it into a death-like sleep that will be broken only by the kiss of true love. King Stefan was just a poor orphan boy with whom Maleficent fell in love with.  But his ambition to someday live in the kingdom made him forget about her.  He worked as a steward to the King, who wanted to invade Maleficent's mores but was defeated. The King said that whoever can kill Maleficent will succeed him, and so Stefan, driven by ambition, went to Maleficent and drugged her. He cannot bring himself to kill her, so she took her wings instead, and so he became king. Maleficent's anguish at the betrayal was such that my hair stood on end! Those wings were her pride and glory! "I had wings once. And they were strong, but they were stolen from me," she said to Aurora. King Stefan sent Aurora to live with the 3 fairies who were so inadequate that Maleficent turned to looking after her. And she loved Aurora, and tried to revoke the curse, but she couldn't. And so it was her kiss, not that of Prince Philip who awaken Aurora and broke the spell.  And they lived happily ever after!

The Angelina Jolie was magnificent all through out the movie.  Her daughter's appearance was also 'awwww-inducing.  It was only Stefan who I didn't quiet like, not because of his performance but because I don't think Maleficent can fall in love with someone who looks like him. Not Brad Pitt, that's what I meant, hence, the wrath was not understandable, hahaha.

But we did enjoy the movie, and my daughter was so happy that she can tell her brother's the real Sleeping Beauty story.
No comments:

What's Missing in the Picture? 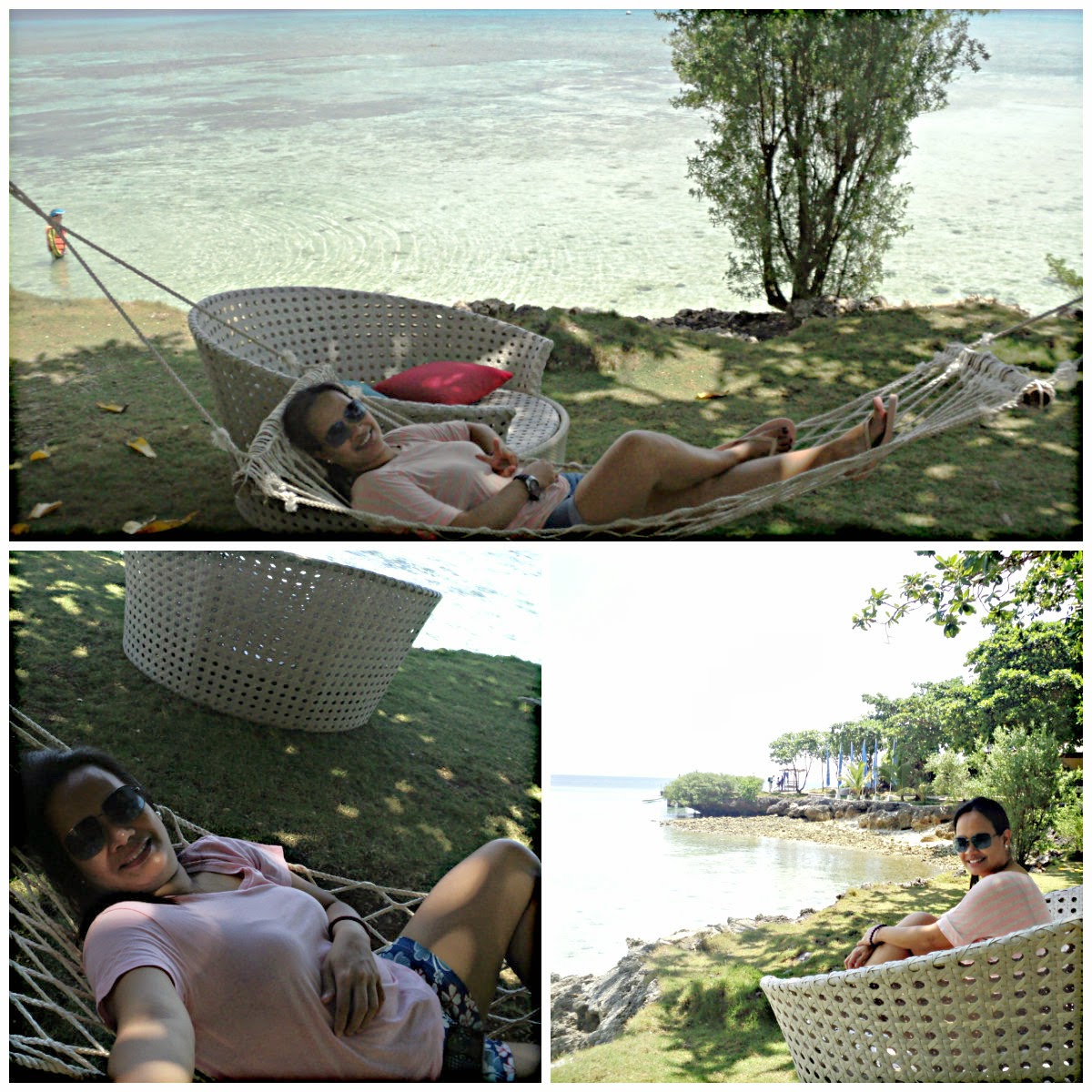 Can you tell what's missing in these pictures? Yes- a good book.  All of these are perfect reading spots at the wonderful island resort of Bluewater Sumilon in Dumaguete. A perfect way to spend a lazy afternoon when its too hot to take a dip at the pool or snorkel at the beach is to read. Give me a book, and I am all set! 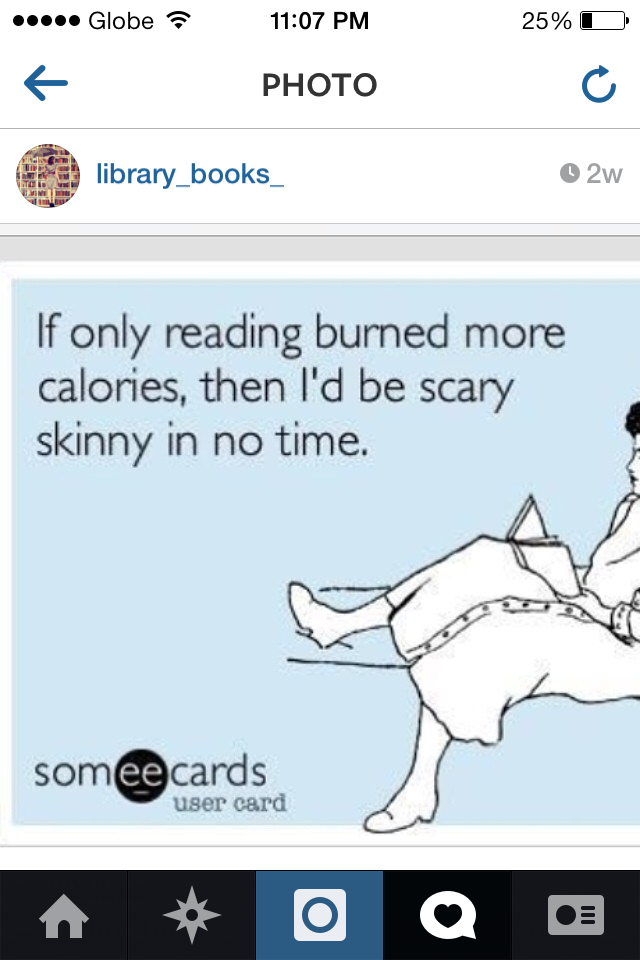 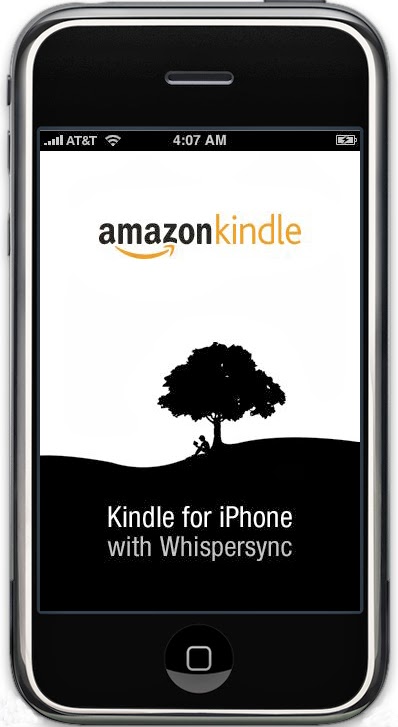 image source
You know, Social Apps are cool and all, but I will always, always go back to reading as my drug of choice! And thankfully, I am now able to do that on my iPhone! Unfortunately, I am only able to read free ebooks from Amazon as I don't know yet how to save my books on this phone. But anyway, this is still better than nothing. But I want to re-read Divergent but I can't, hu hu hu!
1 comment: 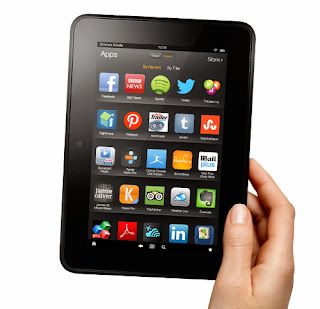 My Kindle Fire didn't even get to celebrate its birthday when it was snatched from my hands last January 13.  I was able to buy it last year around February, from my boss on very good payment terms. And now, its gone! How will I finish 37 books in 2014 when I don't have a Kindle?!

And yes, it was my fault! I read while riding a jeepney everyday because of the traffic. Unfortunately, I relaxed my guard a little last Monday and pull it out of my bag without noticing that we were on stop sign at the intersection of EDSA and Ortigas.  Then from out of nowhere this guy just pulled it put of my hand and the jeepney was moving as the light already turned green! The driver couldn't do anything as well because the guy was gone in seconds and we were in the middle of the road!  Talk about me having a bad day!

Anyway, I cried just a little bit then prayed that the guy would use the money for something important! And I know that I will be able to somehow buy a new one sometime soon!
No comments:

I am joining GoodReads 2014 reading challenge this year! And I intend to read a MINIMUM of 37 books because I will turn 37 this year. And I have already read 2 books and were not done with the first week of the year yet.  Not a bad start, huh?